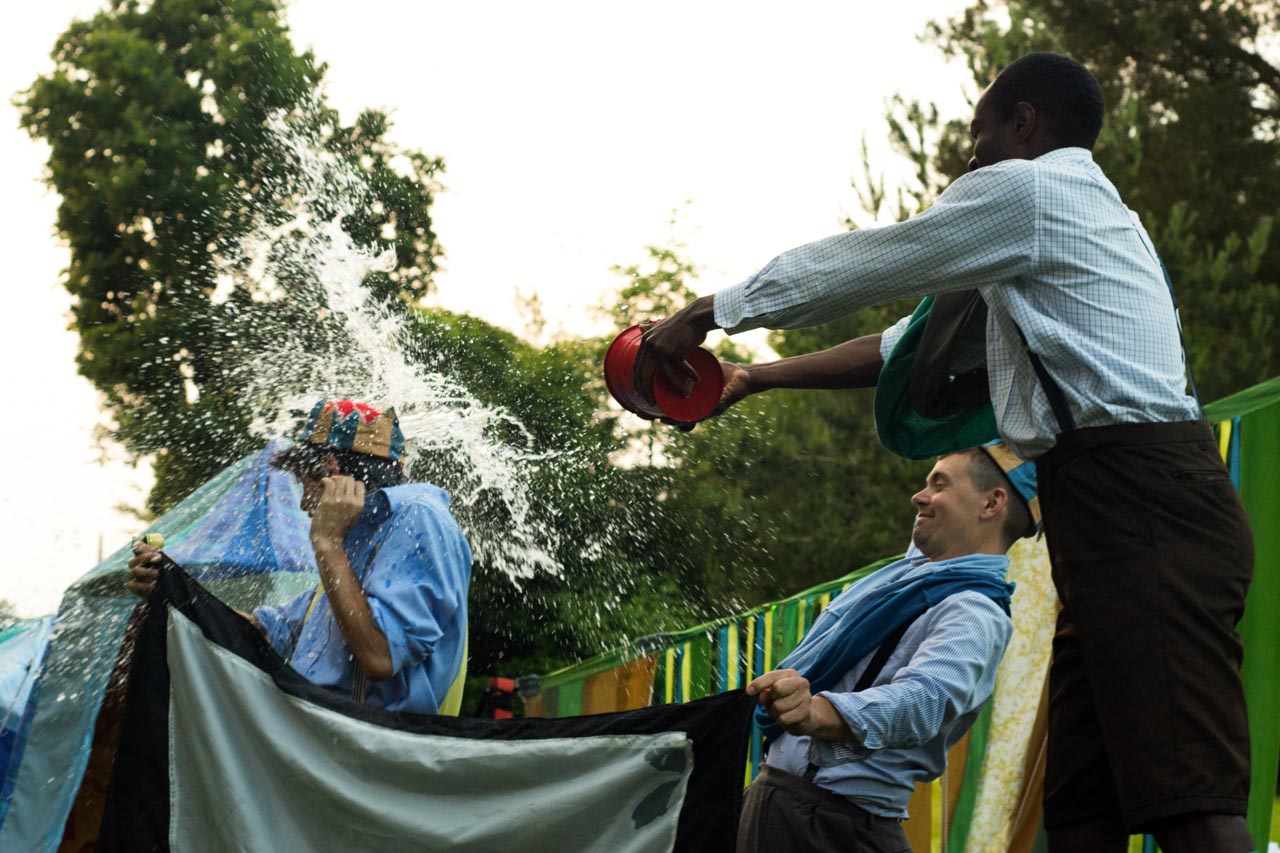 in Boys1 CommentJune 27, 2016
Actors with bicycles, whatever next?
The thought had this critic a little perplexed.
Could they handle their mounts as well as the text,
and not have the audience yawning?

Well, those lissome young men, in the first flush of youth,
had no trouble at all in extracting the truth
from our great bard’s poetical dramas, forsooth
while the sward with their antics adorning.

And since there were only the four lissome chaps
most of the parts were played by peaked caps,
while audience members filled in the gaps,
themselves being given no warning.

In Richard, what larks when the bell-ringers started
their Tuesday night practice, in no way half-hearted,
ding dong like the clappers until they departed.
We look forward to next Sunday morning.

Then lo and behold, the next night Much Ado
had its fair share of deafening noise to work through,
as they combined the harvest next door, as you do,
and the fox to his lair in the morning.

But those handsome young men, with tremendous charism
battled on, to show life through Will’s iambic prism,
with their own special brand of professionalism
the sods with their bayonets torning.

All that plus a historic insight or two,
Richard 3 being a fair blues musician, and who
knew his horse was called Bunty? I didn’t. Did you?
and what other gems lie a-borning.

So those strongly-thighed thespians in socks and long shorts
proved excellent actors and jolly good sports
and provided two fabulous nights at the Courts
with no shelter, not even an awning.

A poem by John Bitumen (aka John Bond)