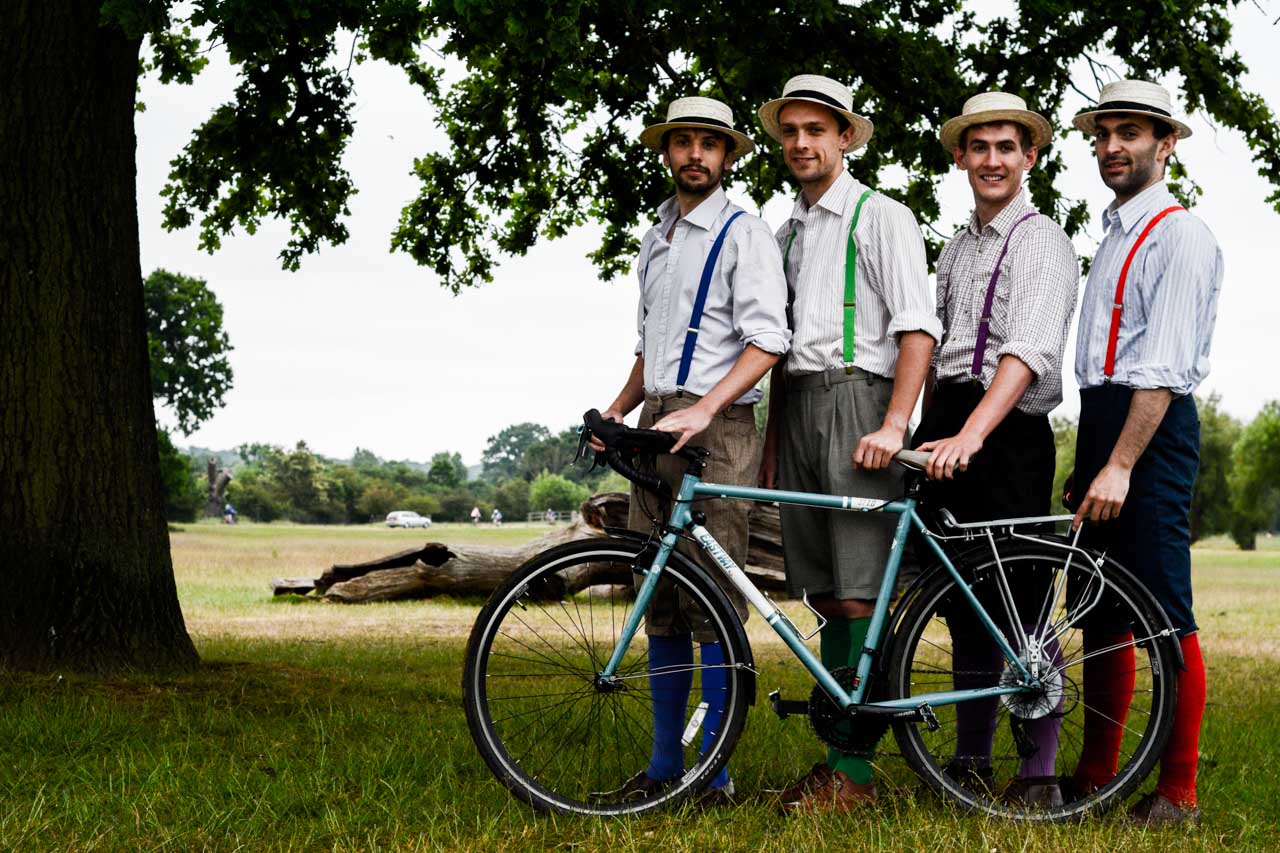 in BoysNo CommentsNovember 23, 2015by The HandleBards
The inevitable draw of London, who would play host to our final run of shows, was the only factor that made leaving Hatton less of a miserable affair.

We had 6 performances lined up at a variety of venues: The Rookery in Streatham Common, the Museum of the order of St John in Clerkenwell, and Chelsea Physic Garden in, surprise surprise, Chelsea.

The Rookery is a beautiful open space utilised by the local community who also manage it. We teamed up with the ‘Friends of Streatham Common’ who would take a split of the box office takings to raise money for this veritable gem.

On the first day, I decided to take the reigns on navigation, which I would later regret. Whilst others would probably argue that we were “completely bloody lost” I would merely suggest that we took a longer route to avoid a busy road. Now it’s not about who was right (it was me, it was definitely me), it’s about the fact that we all arrived with ample time to spare in the beautiful gardens at The Rookery for our first London show.

Following a misunderstanding that involved Tom AND myself booking a musician for that night, (another instance where I was probably in the right) we were fortunate enough to have Callum McSherry and Mather both sharing their musical abilities. Both artists were fantastic, young acoustic talents and continued to help us throughout our run in London.

Now as it was now the beginning of September, the sun was beginning to set even earlier during our shows so we were skeptical on how our audience participation would play out as we couldn’t see them! However, besides stepping on the odd pork pie, the show went off without a hitch and was well received by a terrific audience.

The next day, after a smoother journey to The Rookery we were joined by our beloved director James. After several HandleBards shows James has learnt to go all out with his picnics, but this day was something else. Lavish salads, butternut squash, proper cutlery and crockery and we even leant him an unused prop to use as a tablecloth. We also spotted our musical director Guy Hughes in attendance so we made sure our Glockenspiel skills were up to scratch. We always look back fondly at our time spent at The Rookery and these performances were no exception.

It is hugely exhilarating to be performing the same show in the same building that the original cast may have performed at over 400 years ago.

This fact added an extra-excited tension to the atmosphere as we set up in their beautiful Chapter House, being careful not to touch the ‘priceless antiques’ or even stare at them too hard lest we somehow cause damage.

This excited tension was also mounting personally because my big sister, a lover and expert of theatre, would be seeing our rendition of ‘Hamlet’ for the first time.

It may come as a surprise that our rendition of Hamlet has a lot of subtly in its gags, which is amplified if you already are familiar with the text. These are well suited for an indoor setting and we took the opportunity to really play on all the comic moments knowing nothing would be lost to the sound of the outdoors.

It was a privilege to perform in such a beautiful venue, and I was personally overjoyed when my sister told me it was the best year for the HandleBards to date. For a company that strives to be bigger and better each year, there is no higher praise.

The day of our final show came and Matt (taking the position of social secretary) had organised a night of celebrations for us and our audience to attend post show.

As we were back down south and it was later in the year, Paul had organised a line of stage lights, which Tom and I covered in offcuts of flowers from local vendors.

All in all, it looked very picturesque, and also very apt for our final performances of The Dream where flowers feature heavily.

The walled gardens of Chelsea physic Garden is the second oldest botanical garden in Britain founded in 1673. Whilst being in the centre of London once you have stepped threw its gates you are in a mini rural world which emphases the importance of botany. It was the perfect place for an outdoor sustainable theatre company to finish their 60+ venue run.

As it was our final show and the garden had reached its capacity of audience members, we had all gone to town:

I had spotted Paul wandering through the grounds carrying a ladder with the ‘YORICK’ skull on his head, and a mischievous glint in his eye. What he was doing became apparent as audience members filed in passing the Statue of Sir Hans Sloane famous physician and owner of the garden.

Usually Sir Hans Sloane’s statue can be seen head turned towards an outstretched right hand, but this evening, he was depicted staring towards a hand which now had Yorick’s skull made from a bicycle helmet nestling in it.

Callum McSherry was back and playing to all, offering his CD’s at a donation price and wandering about the audience kicking the evening off as a very informal HandleBard affair.

The venue had agreed free Beefeater gin for all audience members, and these were served in quantities that would please the average Londoner. I.e., ‘would you like some tonic with your gin madam?’

I had taken extra care over my beloved merchandise table, our recycled mobiles where handing from it and the parasol above at equidistant intervals, whilst the last of our mugs, bags, and clothing was laid with painstaking precision across it. Who couldn’t be won over with such devoted presentation?

Tom, Calum, Matt, and myself had ensured ironed shirts, clean socks, proper 1930’s hairstyles and an essential Beroca each (its your but on a really good day.) My tash, which I love but my girlfriend had made me promise to shave off the next day, was pointed and curled to perfection as if it new its time was coming to an end.

This was going to be our most heart felt, energised performance, as we were determined to go out with a bang.

The show itself flew by. What with it being later in the year and having lights shining on us we could not see our audience, but it is true that you can feel the energy of an audience, and this show made for a wonderful sensation. Everything just seemed to go right, everyone in the audience was there to have a great time, and we finished our run to a very happy audience.

We could not finish this three-month extravaganza without saying a few well-earned thank yous. Up on stage we presented our Directors Emma Sampson and James Farrell and Assistant Director Stanley Walton with gifts that we had kept hidden back stage all show.

Bowing and running upstairs we were met with a surprise, at the back of the room in a line where 4 bottles of champagne with a named card propped up against them.

Somehow Paul had managed to get up stairs before us, and as we packed away our set for the final time that summer, we each drank our own personal Bubbly curtsey of Paul…

…It is safe to say, that we will probably need to repack when 100% sober.

The evening ended with us chatting and dancing the night away at ‘Doodle Bar’ with a large chunk of our audience enjoying the last few weeks of our warm summer nights.

Thank you to everyone who has made this tour so enjoyable for us over the last three months. It has been tough at times, but entirely worth it.

Until next summer when the HandleBards, and all new female troupe the HandleBardettes, shall be touring the length of the UK again.