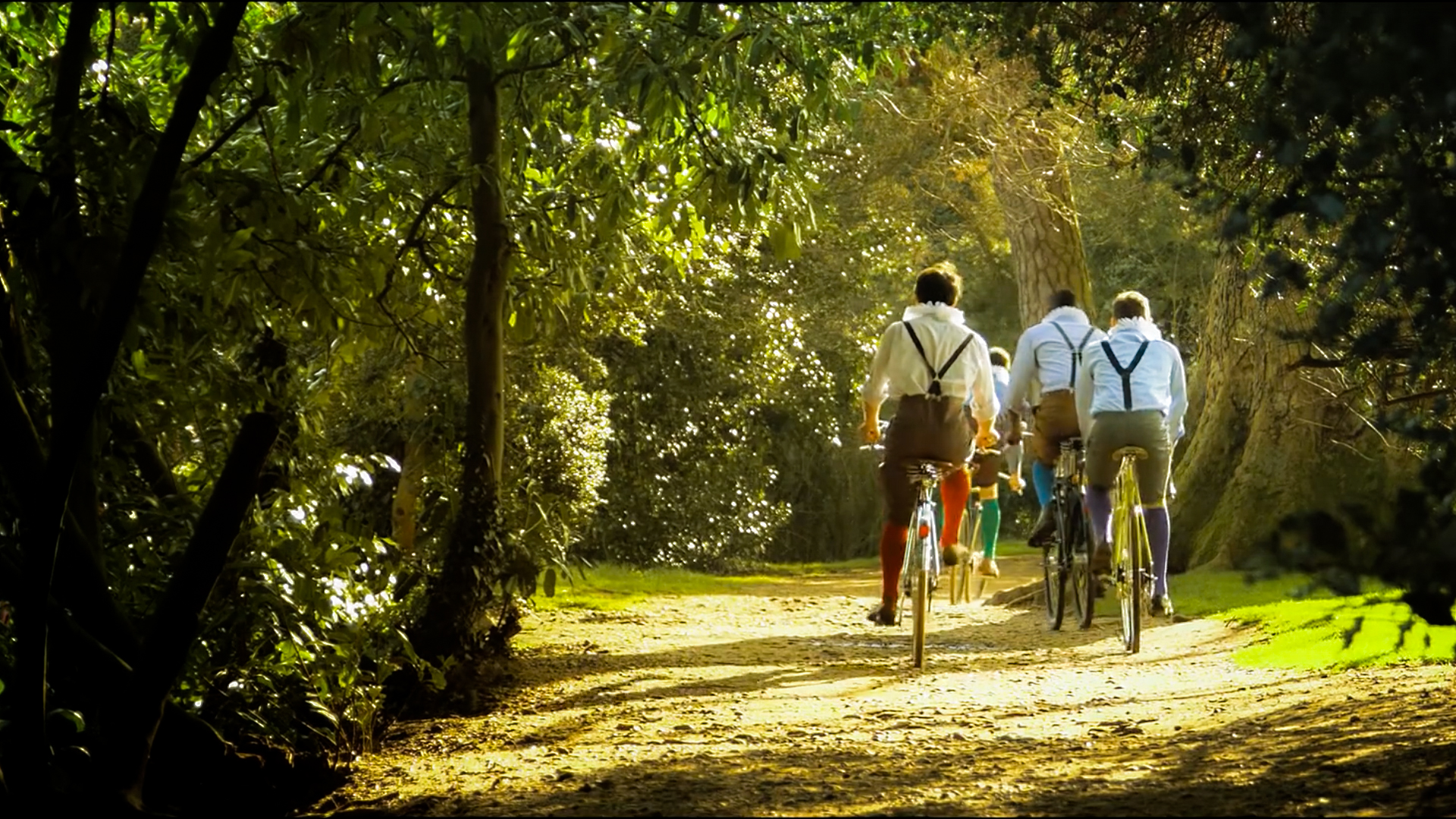 To bee or not to bee… 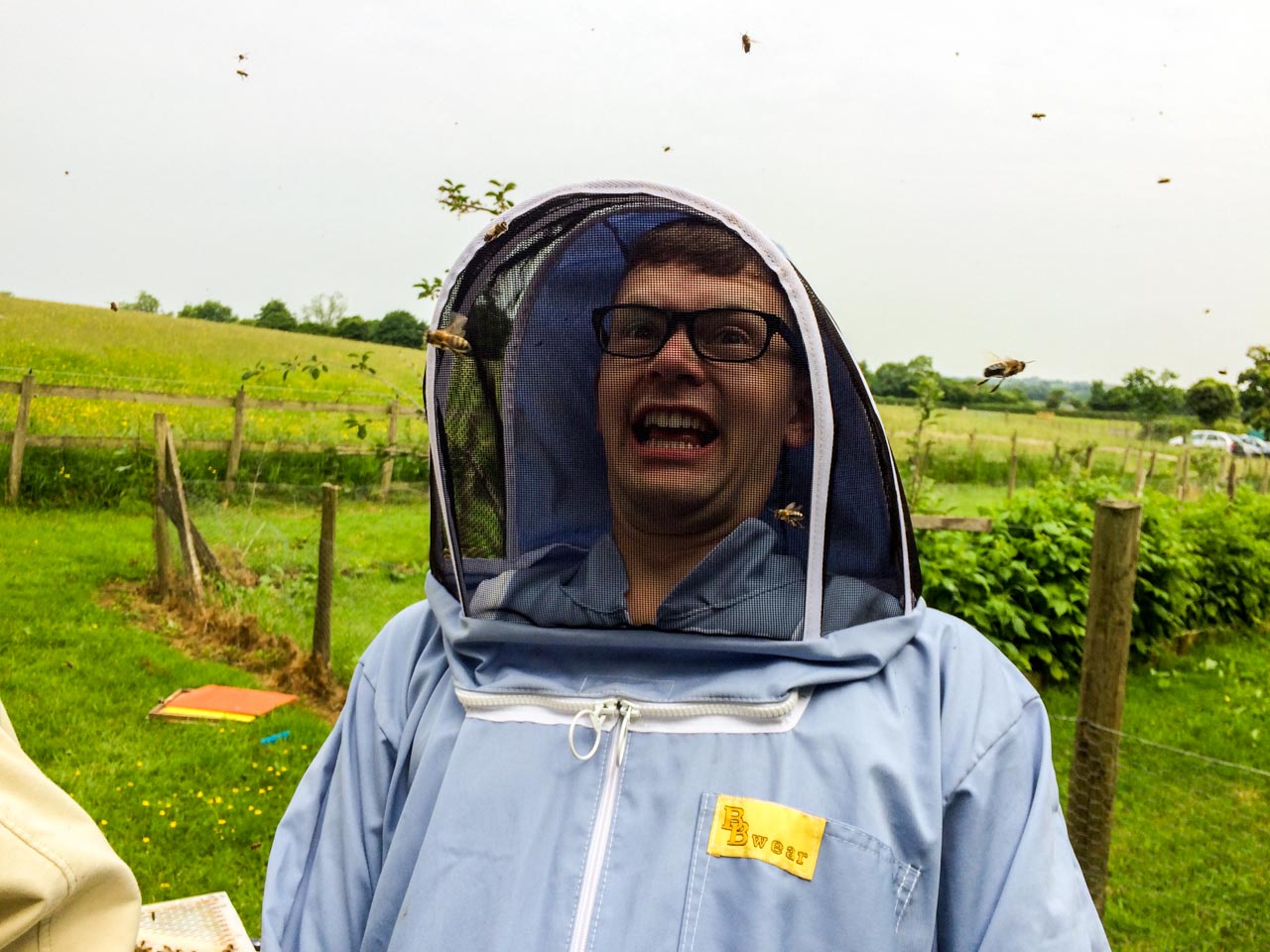 in BoysNo CommentsJune 30, 2016
As we’re into our fifth week on the road, it seems like a good time to reflect back on the weeks that have passed, and what weeks they’ve been! Weary legs and tired minds aside this adventure is proving to be the most exceptional I’ve ever had; but you don’t want to hear about the cycling, the weary legs and tired minds, surely! You want to hear about our antics along the way, and so far the most unusual of those antics would be our morning as beekeepers. After performing at the wonderful Wick Court Farm, our host Heather kindly agreed to give us an introduction to beekeeping; providing that we all stayed on our best bee-haviour.

Once we were all kitted up in our beekeeping suits, mesh headpieces, wellies and leather gloves we were ready for a quick photo and a short walk to the beehives.

On our way, Heather informed us some more about the amazing work they do at Wick Court Farm, inviting inner city kids out to the countryside to spend a week living their lives as farmers: feeding the animals; mucking out; extracting honey from beehives; tending to vegetable patches and allotments; picking fruit, and cooking together as a team. A truly amazing charity, loved by students and teachers alike.

Today, our role at the beehives was not the sweet extraction of honey, but a hunt for the Queen. Heather was concerned as some bees had recently swarmed from the second of Wick Courts’ two beehives and she believed that it may have been the Queen.

The inside of the hives was astonishing to behold. Hundreds of bees clambered over each other in a sight of absolute chaos, though Heather informed us that the bees all adhered to strict job roles, for their six weeks of life, and they were very much moving with calm dexterity. 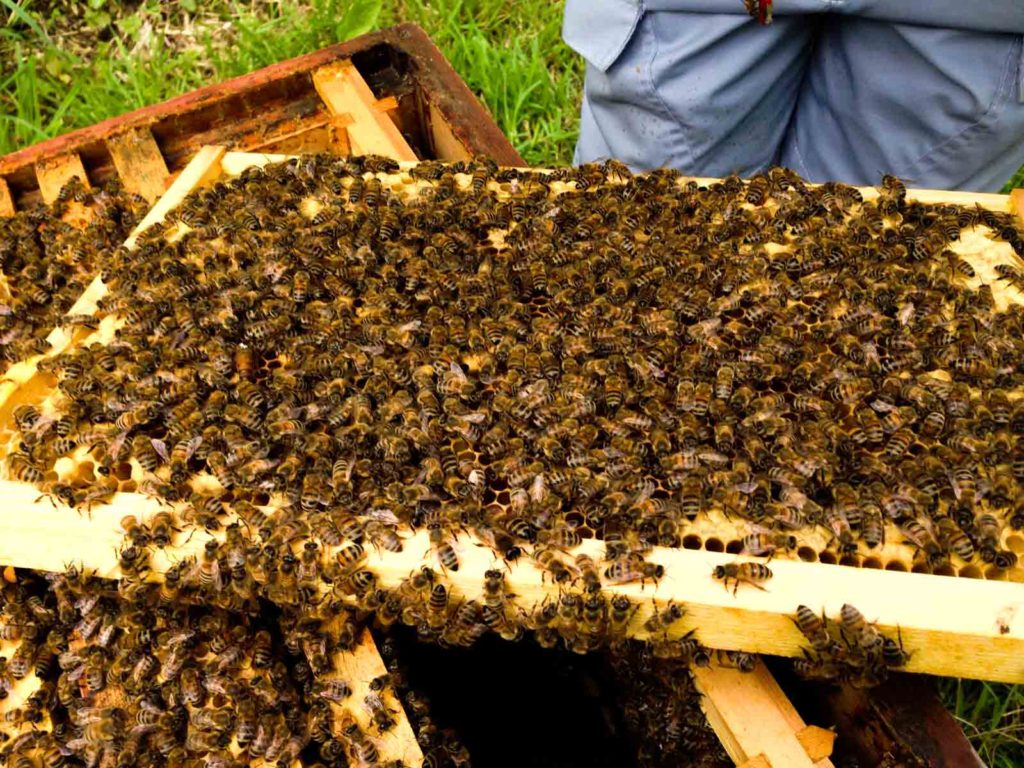 The entire colony is made up of largely female bees, who create the waxy hexagonal honeycomb structures which we all know so well, eventually filling these up with pollen; the bees then evaporate the water from the honeycomb by beating their wings over the pollen until it becomes honey. Alternatively, down in the Queens Quarters, you will also find honeycomb structures filled with eggs, produced by the solo Queen of the hive; when a Queen is born she wastes no time and sets off immediately on her maiden flight where she will “hook-up” with several drone males from nearby hives and mate with them, storing their sperm in her body for the next couple of years, using it to fertilise her own eggs and breed. This is the best way for the bees to ensure they maintain genetic diversity in their hives. 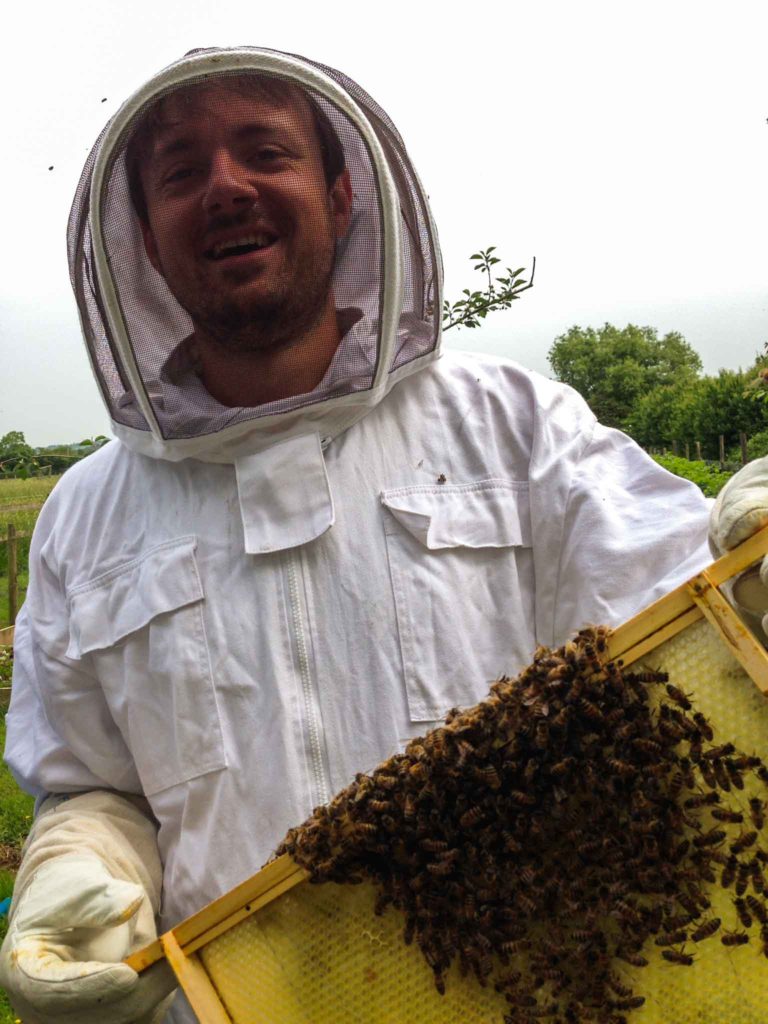 Company manager Olly was particularly amused by the whole experience.

In the second hive we heard a much more raucous cry from the bees and found them to be far more agitated; as Heather had anticipated, the Queen was nowhere to be seen. The bees were building large dome like structures which we were informed were Queen cells; as the name suggests they would be used to house the eggs of a new Queen bee. To make a new Queen, the drones would feed remaining eggs a particular diet which would force it to be born as a Queen, if there should be two Queens, they would be forced to fight for survival, or until one of them fled.

We left the beehive intrigued, our minds full of a wonderful experience, and I couldn’t help but think of Heathers’ reasonings behind getting a beehive for the farm, it wasn’t for the honey, or even necessarily for the lessons that they could teach the children that visit the farm, but in fact for the bees unrivalled skill at pollination. The fruit trees and vegetables, the flowers of the farm and anything in a three to five mile radius of the hive would inevitably be pollinated by the bees. 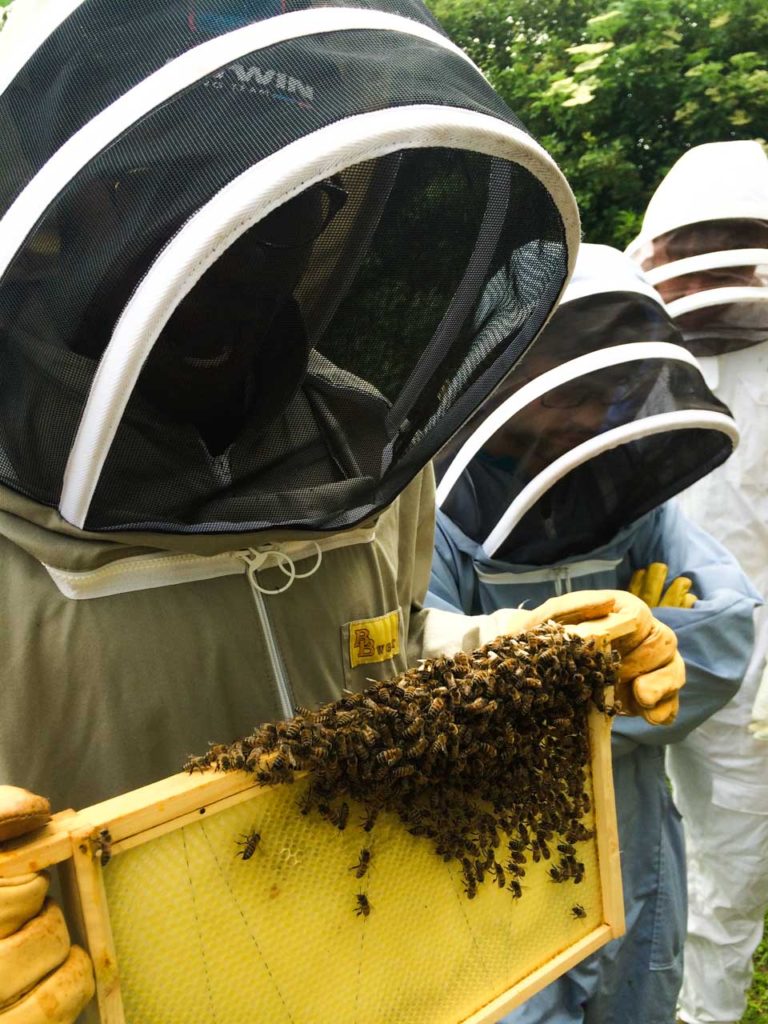 As we set off from Wick Court Farm, pedalling hard to our next venue, I looked about me at the countryside we passed, the glorious flowers and trees, the woodlands and wild flowers and I gave a nod to the bees; keep up the good work, this great British countryside is looking absolutely stunning.